Join us at RMIT

Since its establishment in 1887, Royal Melbourne Institute of Technology University (RMIT) has been meeting the needs of the community surrounding it. Originally a Working Men’s College, RMIT showed its flexibility during World War Two, training over 20,000 servicemen in communications to help with the war effort.

Now, it is a true pioneer in international education, championing cross-border study opportunities with campuses in various countries. Granted formal university status in 1992, RMIT is ranked 21st in the world for universities that are less than 50 years old.

RMIT is the largest higher education institution in Australia, currently with more than 82,000 students. With nearly 20% of those students coming from overseas, it is a university that truly welcomes diversity and is a melting pot of different cultures. RMIT has three campuses in Vietnam, a European hub in Barcelona, an office in Indonesia, and partners with 200+ institutions in 42 countries to provide study opportunities worldwide.

The university boasts an impressive reputation for both teaching and research, leading to it obtaining a 5-Star QS ranking for excellence in higher education. Its research work is recognised and commended by the Australian Research Council for its quality.

Industry collaborations allow RMIT to provide dynamic courses and a focus on work-based learning to give graduates the best opportunities of adapting to employment once they complete their studies. The majority of courses include placements, internships or work experience.

Additionally, RMIT promises a vibrant and fulfilling learning environment. With over 150 clubs and societies for students to join, and a wealth of sports facilities to use, there’s no shortage of things to do.

A leading researcher at RMIT has been acknowledged for producing high impact engineering solutions in the discipline of artificial intelligence.

Associate Deputy Vice Chancellor of Research and Innovation, Professor Xinghuo Yu, was presented with the 2018 Australasian Artificial Intelligence Distinguished Research Contribution Award for the impact and quality of his work.

Yu has also been named as the ‘highly cited researcher’ by Clarivate Analytics as well as Thomson Reuters in the recent years, positioning his publications among the top 1% in the field of academics for the year.

The institution offers students an education that equips them for success through various means, including innovative programs which are delivered by experts who are leaders in their chosen fields practical industry training, as well as global study opportunities.

The qualifications from RMIT give students the knowledge and skills to make them employable all across the world.

RMIT is one of Australia’s premier universities for international exchange, and has connections spread across the globe – from its campuses in both Melbourne and Vietnam, to over 200 partner institutions, as well as to industry connections over Asia, Europe, and North America.

Students at RMIT graduate with world-leading technical skills and a deep understanding of the current industry practices. The institution specialises in industry-based, practical learning which is designed to give students the direct experience and skills that employers value.

The institution’s study programs are taught across 18 academic schools including:

Graduate School of Business and Law

The school is acknowledged across the region of Asia Pacific as one of the leaders in both business management and law education, offering work-related education as well as training. Students can also undertake practical research that is relevant to community and business aspirations.

School of Economics, Finance and Marketing

The School of Economics, Finance and Marketing offers students high quality and innovative research opportunities as well as teaching programs which respond to industry needs.

The school is recognised for its outstanding research facilities creative project work, strong relations with both local and global industry leaders and its commitment to getting students ready for the world of work.

The school provides a number of academic programs which are of high quality that help graduates to enter into the wealth management and accounting professions.

The English for Academic Purposes program helps students prepare for their success at the university by teaching them academic language, as well as using materials suitable for the academic coursework. Students will also practice university level study skills through this program.

The successful completion of the program can give students direct entry into the university without having to sit for a formal English test. There are separate English language requirements if students sit for the proficiency tests.

The English for Academic Purposes program comprises of six levels, starting from the Elementary level to Advanced Plus. Each of the levels uses both online and classroom-based learning.

One of the distinctive features of these courses is that they are taught utilising a task-centred approach, providing students with several opportunities to practice what they learn in reality. These courses not only promote the progress of their language and academic skills, but also provide opportunities to enrich their international experience.

The buildings are an example of the university’s AUD $700 million investment in innovative educational facilities.

RMIT’s focus as an international university of technology, design and enterprise is aided by a wide range of research hubs, including the MicroNano Research Facility and the Advanced Manufacturing Precinct.

Benefits of training at the institution include developing more efficiency of work practices, increasing customer satisfaction via improved customer services, and better communication as well as leadership skills.

RTF is one of the biggest tertiary-based facilities in Australia. Equipped with live market data feed from the likes of Thomson Reuters and a number of financial analysis tools, RTF allows students to get real-world and practical experience in trading.

The RMIT International Excellence Scholarship offers financial assistance to a number of international students commencing their education in undergraduate or postgraduate degrees.

Students who qualify for this scholarship receive a reduction of 20% in their tuition fee for the duration of the entire program.

Students will qualify for this scholarship if they:

Explore more about the scholarships for international students.

What our Students think about us

Interested in
RMIT University ?
Visit website
- -
Life at RMIT University
Established in 1887, RMIT is a global university recognised for leadership and innovation in technology, design and enterprise. One of Australia's original tertiary institutions, it enjoys an international reputation for excellence in professional and vocational education, applied research, and engagement with the needs of industry and the community. The university is a world leader in Art and Design, Architecture and the Built Environment, Engineering, Accounting and Finance, and Business and Management Studies.

It has an enrolment of more than 84,000 students and over 10,000 teachers and staff. At RMIT students learn from experts working at the forefront of their fields and benefit from teachers and lecturers who apply their research discoveries, industry judgement and specialist expertise directly to programs. The university also partners with organisations including Deloitte, Adidas and BMW to ensure education is relevant and connected to the needs of industry.

RMIT also has over 100 student clubs, societies and collectives to choose from. At the Melbourne City campus, The university offers a fully-equipped gym with a range of fitness programs and activities, and at its Bundoora campus, It has a wide range of facilities including a gym and multi-purpose courts.

As a QS 5-star rated institution, RMIT University is ranked as one of the world?s leading universities with a strong research record and state-of-the-art facilities and infrastructure. Its campuses in Melbourne and Vietnam feature award-winning buildings equipped with industry-standard facilities, modern technology and sustainable features. 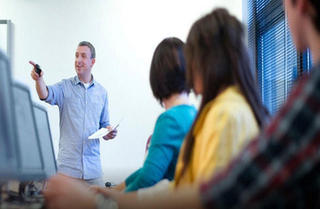